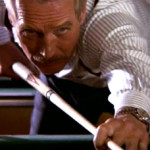 Joey Skaggs and a female accomplice played the part of bodyguards for Paul Newman, Carl Sagan and Mark Green at a couple of New York fund-raisers for the latter’s New York Senatorial campaign. 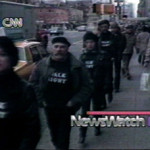 In December of 1984, Joseph Virgil Skaggs (a.k.a. Joey Skaggs), had had enough of the outrageous behavior exhibited by inconsiderate, unconscious, hostile pedestrians in New York City. Skaggs formed WALK RIGHT! — an ad hoc group of vigilante sidewalk etiquette enforcers who published a petition that listed sixty six rules for pedestrians which they wanted to have enacted into law.