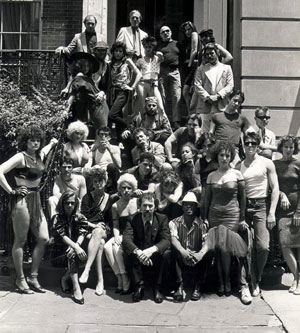 Verne Williams was trimming the hooves of cows and selling bull semen in Virginia to make a living. This was not his calling in life. He really wanted to be an actor. Williams had known Joey Skaggs since the early sixties and had been a passenger on Skaggs’ Hippie Bus Tour to Queens.

One day, Williams arrived in New York and beseeched Skaggs to help him get his acting career off the ground. Skaggs, recognizing that Williams had no formal training, no experience and no contacts, decided to launch a fictitious talent management agency. He would call it Bad Guys, Inc. to represent bad guys, bad girls, bad kids, and bad dogs–venomous vixens, burley bouncers and slimy sleezes.

Skaggs made a head shot for Williams using an FBI Wanted poster as a template and sent it out to a handful of New York casting agents. 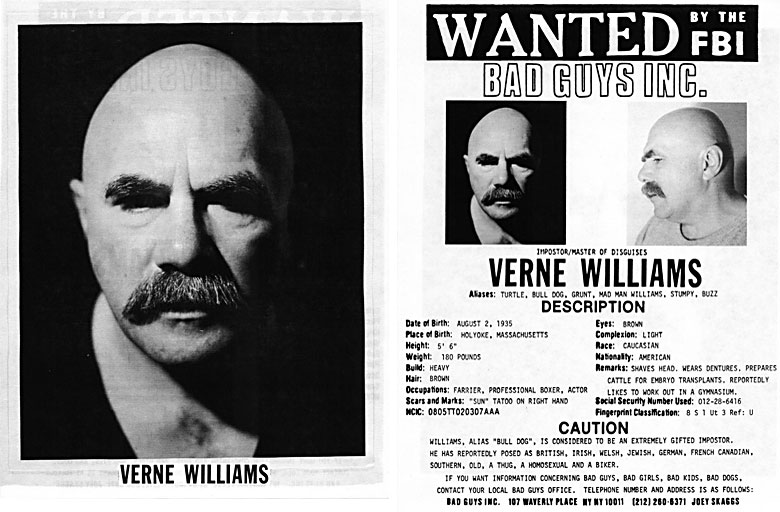 Three days later, he received a call from Jeremy Ritzer of Feuer-Ritzer Casting Agency. Ritzer was casting a Kung Fu satire called The Last Dragon to be produced by Berry Gordy, the owner of Motown records. He thought Williams would be great for a principal role.

Skaggs told Williams to look tough and stay in character and together they went to the casting session. While Ritzer searched through the script for a passage for Williams to read, Skaggs said without a hint of irony, “Verne doesn’t have to read.” Ritzer looked up in surprise as Skaggs smacked Williams in the face. Williams, on cue (this had been prearranged), leaped in Ritzer’s face and barked like a pit bull dog. Ritzer, horrified and frightened, threw the script up in the air and jumped back. “I love it!” He exclaimed. Two days later, Verne had the part.

When Rebecca Bricker, a writer for People Magazine who had covered Skaggs’ Metamorphosis Roach Cure, heard the story, she wanted to write it up. She told Skaggs to send her all the material.

For a week, Skaggs photographed every bad looking friend he had. He mocked up FBI wanted posters for all of them, noting their descriptions and cautionary remarks. 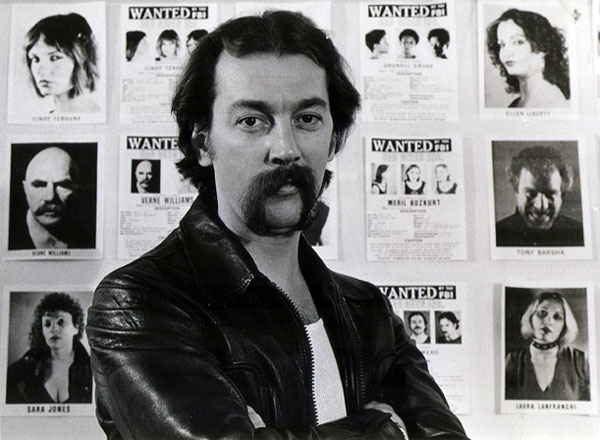 See all the posters in Gallery/Photos

Bricker wrote up a piece for People’s “Take One” and the Bad Guys Talent Management Agency was launched. 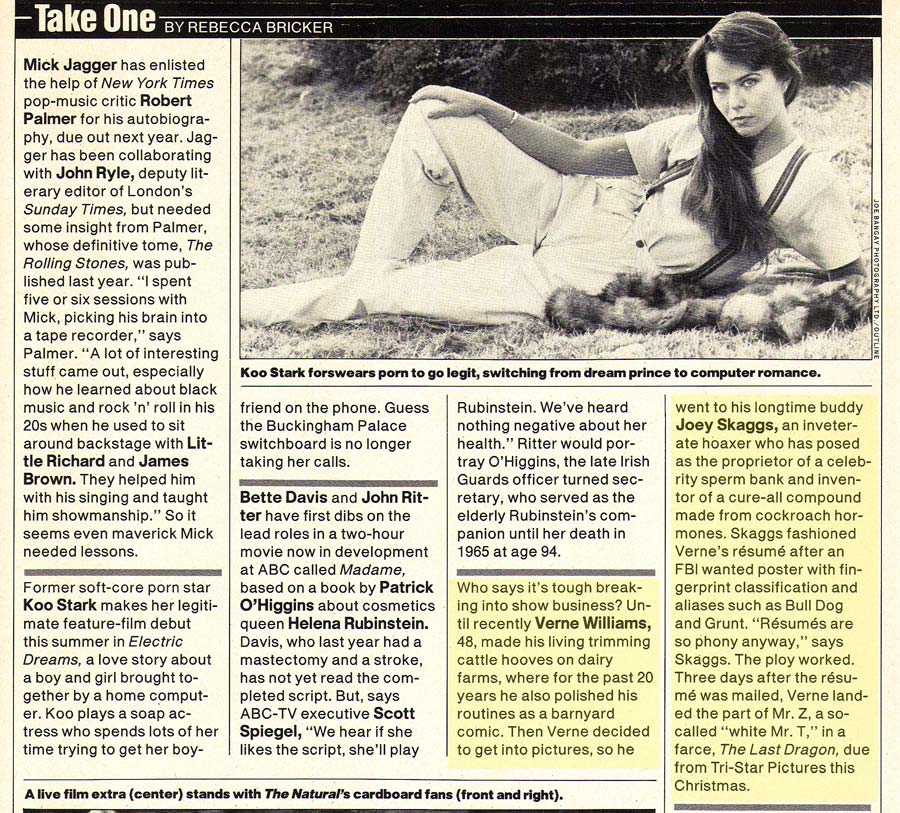 There was no agency, but the phone rang off the hook. Skaggs announced several open casting calls and wanabee actors lined up outside the Bad Guys office (conveniently located at Skaggs’ New York studio on Waverly Place). The TV and print media clamoured to cover the story. As more news stories appeared, the bogus agency became more and more credible. Casting agencies called looking for talent.

The ranks of “bad” actors swelled to over 300 and many were cast in commercials, print ads and movies. The fake agency had become a real, thriving success.

Skaggs, not wanting to run a business, eventually turned the agency over to Sara Jones, an actress friend who used it to meet bad boys. No one cared that it had started as a hoax. The concept fulfilled a need in the entertainment business.