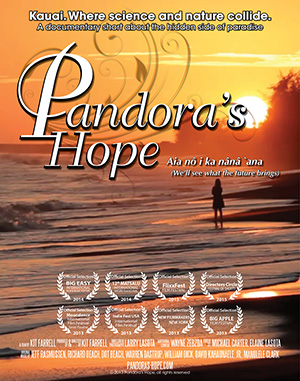 In 2012, director Andrea Marini began production on a feature documentary about Joey Skaggs called Art of the Prank. Joey offered him access to his vast archive, containing decades of footage and print material. Andrea expressed a desire to also have a current narrative running through the film. Joey explained the enormous challenge this could create. When shooting a film, time is of the essence and you need things to happen. Doing a hoax is very different. The nature of Joey’s work is ephemeral, improvisational, and totally dependent on fooling the media. He didn’t want Andrea waiting around for the phone to ring or for a media outlet to respond to a press release or bogus website. It could be weeks or months of waiting for something to happen. But Andrea was insistent.

Joey decided the solution would be to produce and direct a fake documentary film dealing with issues he thought were important and wanted to address. This would allow Andrea to cover him as he put together the concept, wrangled all the necessary players and props, and filmed the movie. Joey would then edit the film and find a way to distribute it, either on the Internet on at film festivals. No matter that he’d never produced a documentary film in his life, much less distributed one.

It was a bold venture—a challenging and difficult project and a big gamble. Could he get the film out into the world? Would people believe it? What if the hoax was discovered and outed before Andrea’s film was completed? He accepted his self-imposed challenge.

The film was to be about the ethics and perils of genetic modification in plant and human organisms. It would explore issues of science vs. morality. To spice it up, he would add an outrageous twist. Something people could not ignore. And he would shoot it in Hawaii where he had maintained a home/studio for decades. He’d call the film Pandora’s Hope. To avoid the film being exposed as a hoax, he would use the pseudonym Joe Howard for the character he played and would keep his real name out of the credits.

Film Synopsis
Pandora’s Hope features actress Kit Farrell playing the part of a journalist and filmmaker who travels to Kauai, Hawaii, to explore the hidden side of paradise. Through a series of interviews with local scientists, activists, philanthropists, Hawaiian culture experts, and others, Kit illustrates that in addition to the idyllic landscape, Kauai is home to high tech missile defense, agrochemical biotech, acres of experimental GMO crops, and controversial genetic research.

Kit meets with members of GMO-Free Kauai and Hawaii SEED, who make the case for transitioning away from corporate owned seeds and genetic engineering in local agriculture. She also meets with the Kauai Open Source Science Alliance (KOSSA), a group of local philanthropists who seek to fund cutting-edge genetic research with a transparency that would undermine Monsanto, SAIC, and other corporations making billions from proprietary information. They posit that a less profit-driven mode of research and development will ultimately benefit humanity.

For local accident victim Warren Dastrup, groups like KOSSA may hold the key to reversing his devastating spinal cord injury. But when Kit meets a local fisherman who has agreed to undergo highly experimental cross-species genetic therapy, it becomes clear that questions of ethical responsibility remain regardless of whether research is universally accessible or under lock and key.

Kit’s journey ultimately sparks questions about how we balance the need for progress with our basic human rights, not to mention concerns about what evils might be unleashed in the process.

Pandora’s Hope is a bogus documentary meant to provoke people to question and examine issues that have grave importance for our future. Essential to its success, the pressure was on Joey to launch it into the world without it being prematurely busted as a hoax. Apparently though, as challenging as it was to produce, edit, and navigate the film festival circuit, the outrageous premise in the film turned out not to be an obstacle.

The film, overwhelmingly accepted as a factual documentary, was the official selection at eight film festivals between 2013 and 2015. Miraculously, the only place it has ever been exposed as a hoax is in Andrea Marini’s Film.

Once again, Joey’s work effectively shows how vulnerable people everywhere are to disinformation when they suspend critical analysis for wishful thinking. 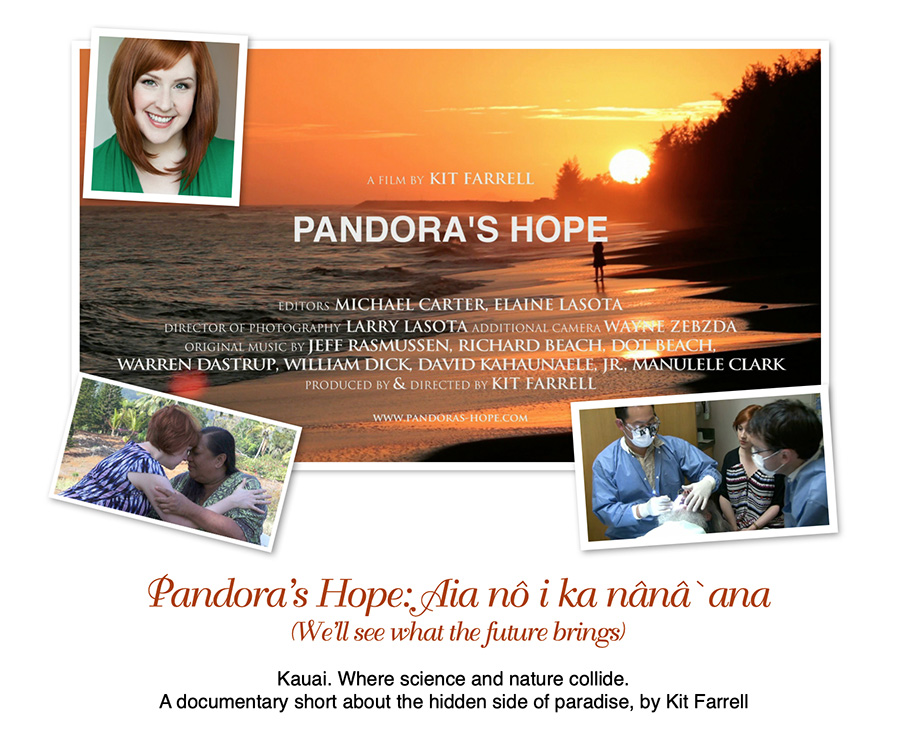 The websites for Pandora’s Hope and the Open Source Science Alliance are no longer active, however their pages are immortalized here, from the Internet Archive Wayback Machine, and in the documentation section below.

The making of this fake documentary is a main subject running through Andrea Marini’s film Art of the Prank, showing the artist at work on one of his most ambitious projects to date. Check it out for the full story and watch Pandora’s Hope Film (19:52) here: