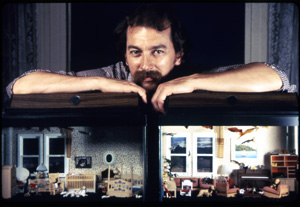 In the 1960s, Joey Skaggs found an antique cast iron bath tub with claw legs and brass fixtures on the street. He dragged it into his Lower East Side loft and filled the bottom with dirt, creating a terrarium to which he added an N gage electric train set, lizards, newts, and horn toads. He covered it with a glass top and had a coffee table that was far more interesting than most of what he could watch on TV.

Almost twenty years later, while visiting Atlanta during the summer of 1983, Skaggs went to a privately owned toy museum when bad weather grounded him from flying lessons. Watching what people were attracted to, he noticed that people ambled, with barely a glance, past painstakingly crafted doll-houses under glass that kept them dust-free and out of reach. He figured they were just too static. Perhaps if they were filled with water and fish people would notice them.

This idea–coupled with concerns about the deterioration of our natural resources, plus the fact that New York neighborhoods were being condominium-ized, with gentrification robbing artists of affordable spaces–inspired Skaggs to make a satirical commentary. He created working aquariums for upwardly mobile guppies and called them Fish Condos. As he said at the time, “Since we are continually polluting the oceans of the world, fish will eventually need better homes in which to live.” 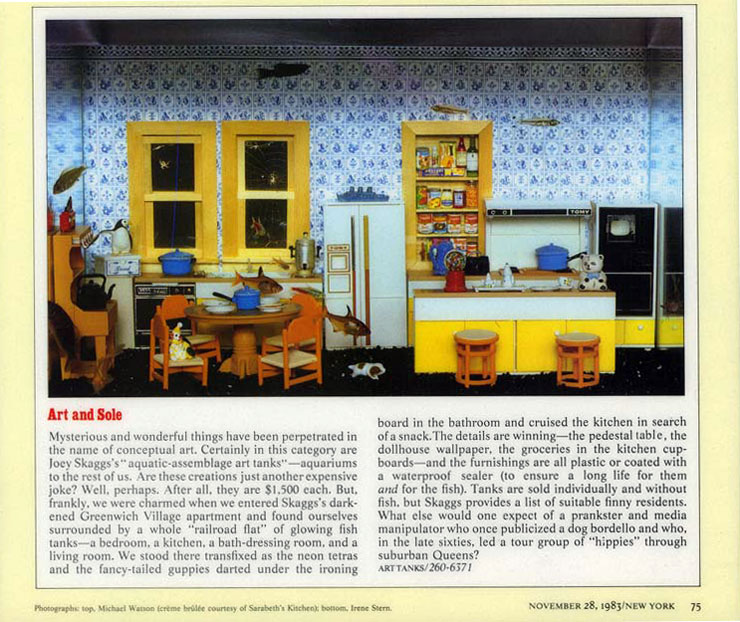 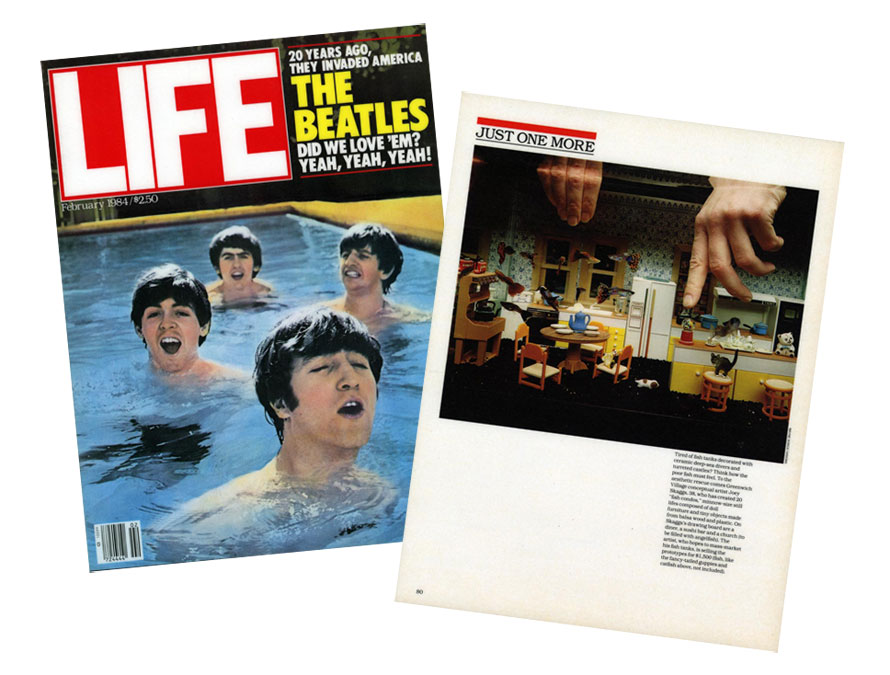 This satirical statement quickly became a media phenomenon and was widely embraced by the New York art scene. In essence, the Yuppies Skaggs was satirizing became his greatest supporters. Fish Condos were exhibited in galleries and museums and were televised around the world.

Buyers for the Neiman Marcus catalog pursued Skaggs for seven years, asking him to make his Fish Condos available in their famous Christmas Catalog. He declined each time because the tanks are individually hand-crafted and he did not have time to create large quantities. His desire was (and continues to be) to have them mass-produced and distributed for a far lower price than his prototype sculptures.

In 1996, Skaggs finally agreed, and the Fish Condos along with a Japanese Tea House Playhouse he designed were featured for sale in the Neiman Marcus Christmas catalog. 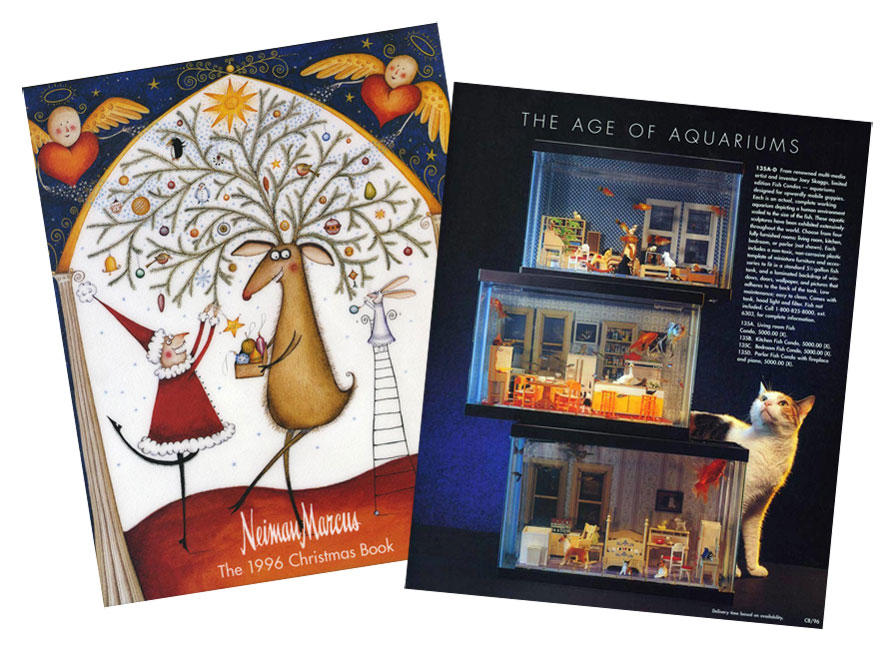 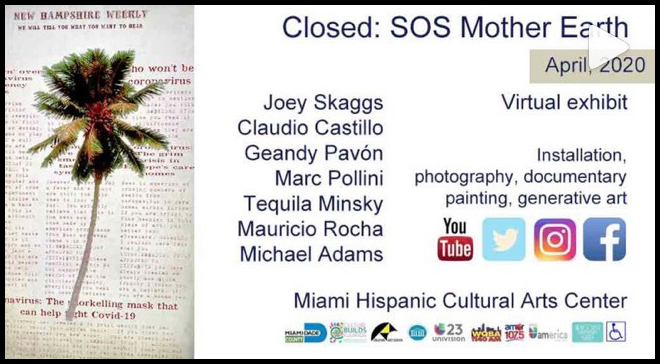 In April, 2020, Skaggs created this video for “Closed: SOS Mother Earth”, a virtual exhibition with the Miami Hispanic Cultural Arts Center honoring Earth Day. The exhibition is here on Facebook: