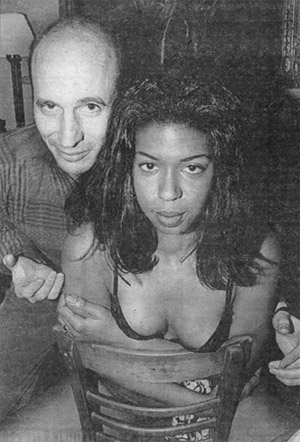 Joey Skaggs received a call from a producer friend in San Diego who, because he had previously created a series of home video tapes about how to strip for your man, had been asked by the Faith Daniels Show to assist them in finding couples who use sex tapes. The Faith Daniels show producers planned to air a segment called “Sex Tapes — Do They Work?”. Feeling this was too good to pass up, he called Skaggs to see if he wanted to hoax the show.

Skaggs immediately faxed him a letter explaining how sex tapes had helped his marriage. The friend, in turn, forwarded the letter to the show producers who then contacted Skaggs and invited him and his wife to be guests. Skaggs enlisted two people, Clayton Bartner and Maria Betancourt, and asked them to play him and his wife on the show.

The Skaggs impostors were picked up by limousine at his residence and taken to the studio. The format of the show was such that they were asked to sit in the audience and stand up to speak when asked about how sex tapes had saved their marriage.

After the show aired Skaggs let the media know about the ruse. 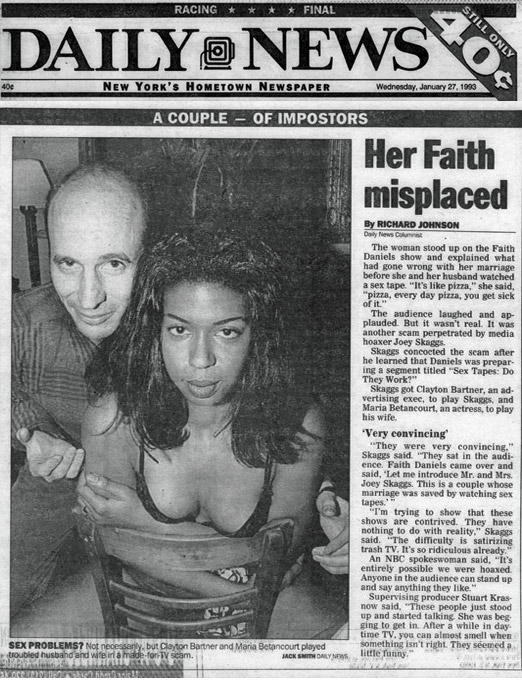 He had chosen to not go on the show himself because he has no respect for these types of shows. He feels they are contrived and they have no shame. His objective was to hoax a show that constantly hoaxes its audience.

When the show’s producers were contacted by the media about the hoax, they denied that Mr. & Mrs. Skaggs had even been invited. They said these two people had just appeared out of nowhere and stood up in the audience.