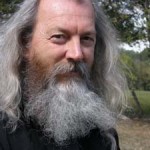 Joey Skaggs is a fine artist and social activist. Although he has painted and sculpted throughout his life, starting with his iconoclastic and controversial performance art protests in the 1960s, his public work took on a new direction. Skaggs realized he could use art to challenge the system. Appalled at the cultural hypocrisy he saw around him, especially how it was blindly supported in the media, he began to satirize social issues with public performances and elaborately contrived media hoaxes. The mass media, not recognizing the many clues to his identity, became an unwitting collaborator, reporting his satires as news. Joey Skaggs quickly acquired an international reputation as a cultural satirist and media critic. His work incorporates guerrilla tactics and traditional advertising and public relations techniques to promote his staged performances. Few media outlets over the last five decades have not fallen for one or another of his hoaxes. He has been covered in newspapers, magazines, and on radio and television around the world, in some cases many times as different people.

He is a graduate of New York’s High School of Art & Design and received a BFA from the School of Visual Arts where he also taught Media Communications including “Culture Jamming and Media Activism,” a course of his creation. He’s the creator of satirical consumer products and the publisher and editor of The Art of the Prank blog. He now lectures internationally on divergent approaches to addressing social issues through art. A master storyteller, he inspires in his audiences original and inventive insights while sharing the tools and techniques that foster independent thinking, media literacy, and creative activism. Like the Wizard of Oz, he reveals the man behind the curtain, showing, in a visceral way, the influence mass media has on society.

The oral history film series, Joey Skaggs: Satire and Art Activism, 1960s to the Present and Beyond, produced and directed by Judy Drosd with Joey Skaggs, is currently in production. Tracing his work from its origins, episodes #1 through #6 are now playing in international film festivals.

Art of the Prank, the award winning feature documentary film about his work, produced and directed by Andrea Marini, is available for streaming, for public screenings, and on Blu-ray (with extras), and DVD.