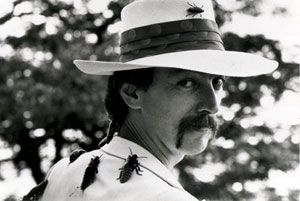 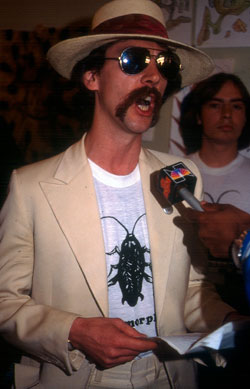 This hoax involved a cult leader; a panacea; and a crowd of adoring followers.

On May 22, 1981, Skaggs converted an apartment into a laboratory, filled it with the world’s largest collection of cockroach art and memorabilia, and he and his congregation staged a press conference for the media. He introduced himself as Dr. Josef Gregor, entomologist.

He said he had created a strain of super-roaches immune to toxins and radiation, and had extracted a hormone which he and his followers were taking. To date they had cured all of the common ailments known to man, such as colds, acne, anemia, and menstrual cramps. Skaggs proclaimed that his miracle cure would even make people immune to nuclear radiation. The purpose of the press conference was to make his hormone vitamin pills available to the general public, free of charge.

Among the many journalists present were representatives of United Press International. The ensuing UPI story read “Roach Hormone Hailed as Miracle Drug” which ran in hundreds of newspapers around the country and was picked up by countless other news organizations.

Dr. Gregor was featured live on WNBC TV’s Live at Five with Jack Cafferty and Sue Simmons. He went on the air equipped with live roaches in petri dishes feasting on apples and a cassette tape of La Cucaracha, the organization’s theme song. No one checked his credentials, which he said were from the University of Bogota in Columbia. Nor did anyone notice his references to the Kafka story The Metamorphosis in which the main character, Gregor Samsa, turns into a six foot insect. 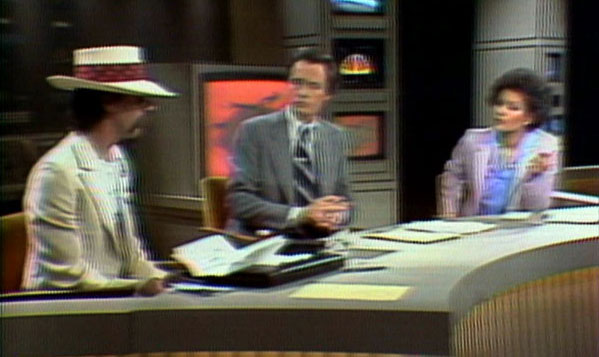 Several months later, after articles about Metamorphosis appeared in hundreds of newspapers and on radio and television shows, Skaggs granted an exclusive interview to People Magazine (September 21, 1981) and revealed the hoax. A flurry of post-hoax press followed. UPI and WNBC TV never retracted their stories.

This satire was intended to bring attention to the media’s responsibility to report the truth, as well as to the public’s responsibility to seek worthwhile solutions to problems rather than panaceas and quick cures. Charlatans take advantage of the media to prey upon the desperation of sick people and bilk them of millions of dollars. Unfortunately there are few checks and balances in place to protect the unquestioning public.