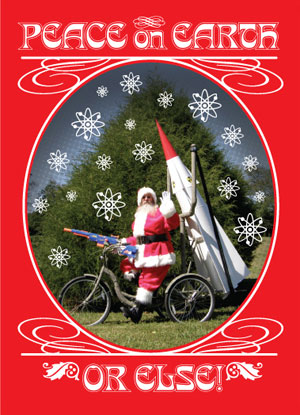 “Unless we do something to curb the proliferation of nuclear weapons, which is totally out of control, from Iran to North Korea to sleeper cells hiding in plain sight all over the world, there will be large scale public annihilation somewhere, some time soon.” – Joey Skaggs

On November 13, 2012, Santa Claus (aka Joey Skaggs), armed with a mobile rocket launcher and accompanied by an army of elves, targeted the United Nations in New York City. 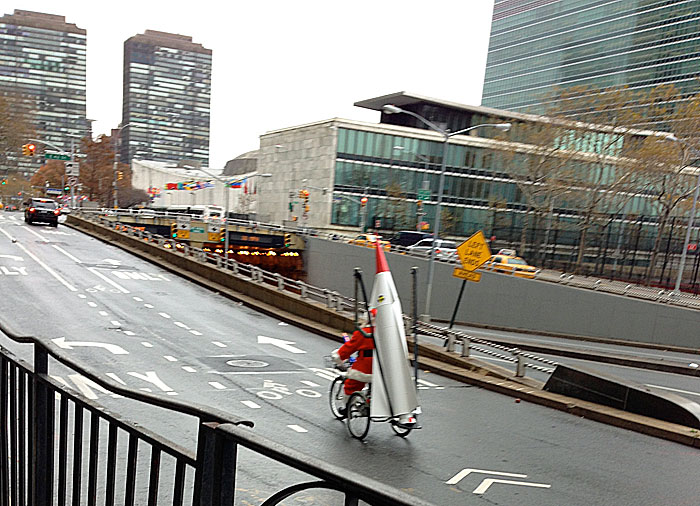 The demonstration began at the UN
and marched West on 42nd Street to Times Square. 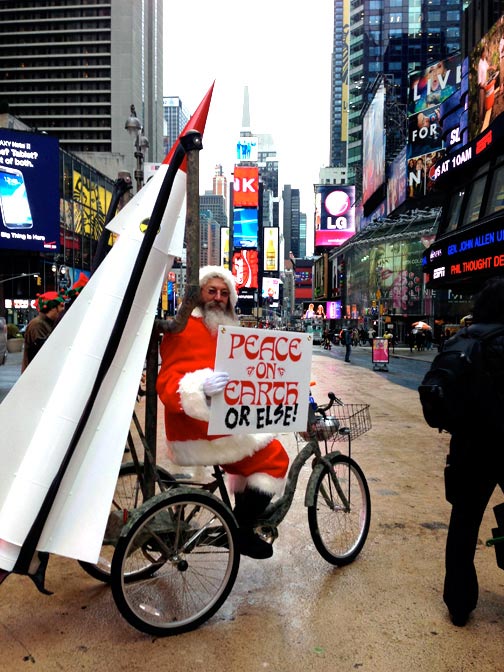 His message: World Peace or else!

To announce his planned event, Skaggs sent hundreds of announcements, camouflaged as Christmas cards, to diplomates from United Nations consulates in New York and to their media representatives. 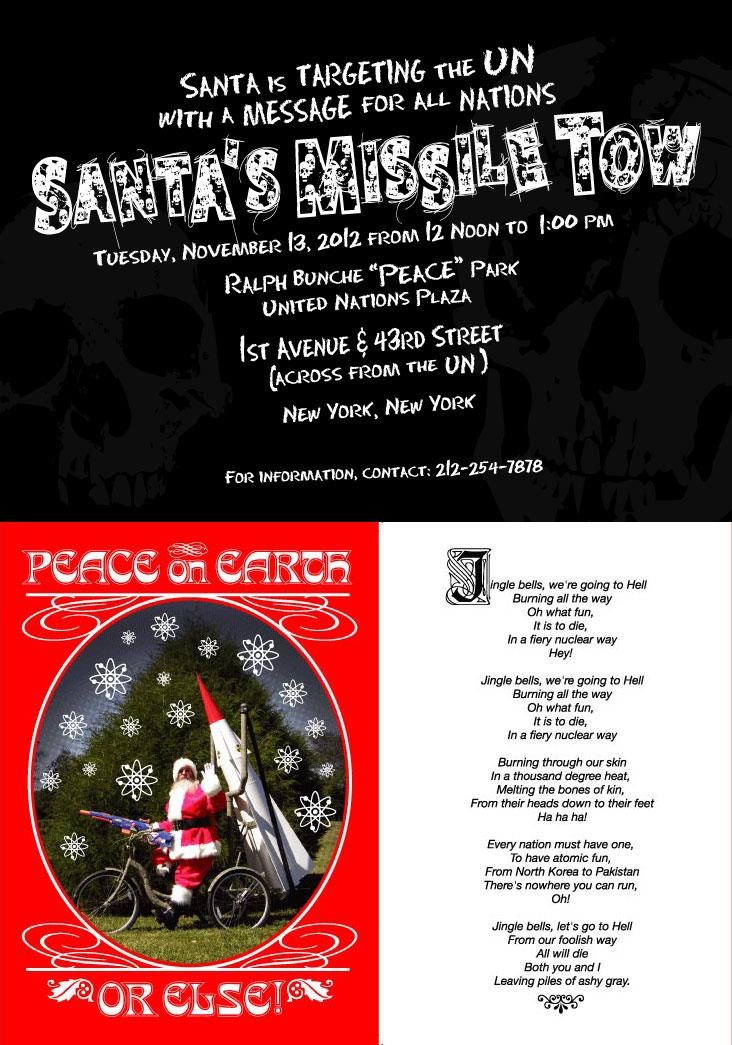