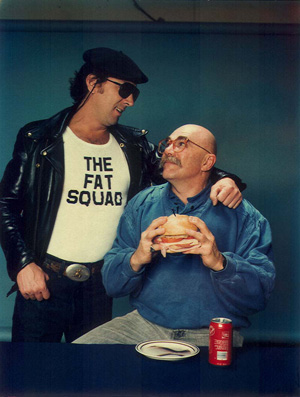 “Once you hire us, you cannot fire us. Our commandos take no bribes.”
Fat Squad company motto

“A lot of people just can’t seem to stick to dieting no matter how hard they try, how committed they are,” says David Hartman on ABC’s Good Morning America as he introduces Joe Bones, ex U.S. Marine drill sergeant and proprietor of the Fat Squad, an organization created to help wipe out fat. Bones, (a.k.a. Joey Skaggs), is sitting with Hartman on a studio kitchen set with a fat client and six tough looking calorie cops maintaining tight security around the Good Morning America refrigerator.

Bones explains to Hartman, “We offer 24 hour surveillance… We are there to emotionally and morally support people and to physically restrain them if necessary… They’re paying us $300 a day with a three day minimum, plus expenses, and people try to cheat… So, even while you’re sleeping, you have a commando in your apartment, awake. If you get up to go to the bathroom and decide to stop at the refrigerator, you’re stopped.”

Bones’ client Steffani Martin told Hartman she’d been given the services of the Fat Squad as a birthday present from her husband and explained how embarrassing it was to have commandos in the bedroom at night. But she’d lost weight and was happy. 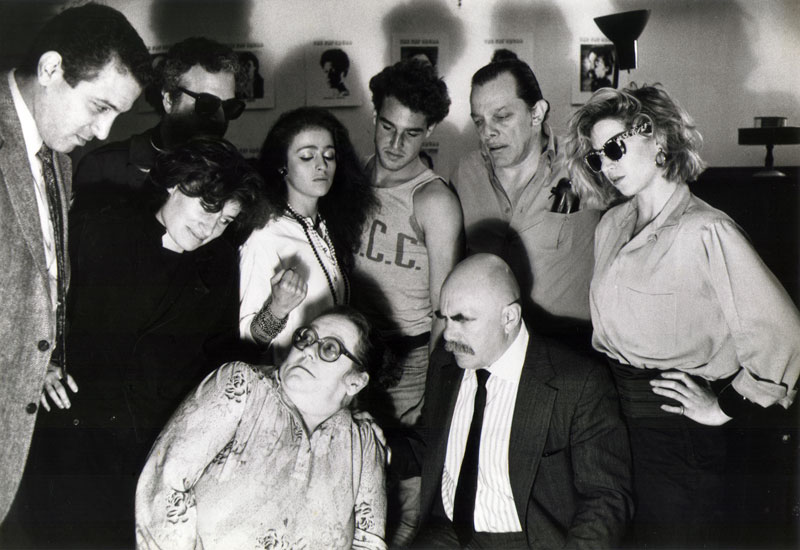 The phenomenal preoccupation with obesity in America was never more exemplified than by the public and media frenzy that jumped on the Fat Squad band wagon. The Philadelphia Inquirer and Washington Post had been among the first media establishments to fall for this hoax. The story then made a wire service and went around the world in a week. It was widely covered in the U.S. and appeared on television and in print in Japan, Australia, England, Italy, Germany and France. 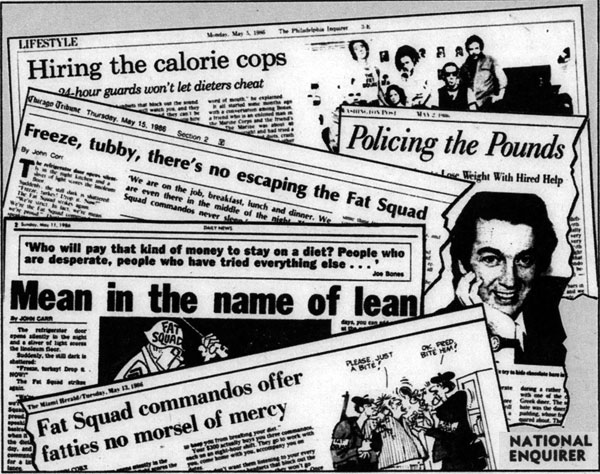 Customers, sales reps, potential partners, investors, and volunteer disciplinarian commandos came out of the woodwork. Newspapers, wire services and television shows from around the world flocked to the Fat Squad headquarters at 107 Waverly Place, New York (the same studio that Skaggs had used for many other hoaxes over the years) and reported on the story. Good Morning America had heard about The Fat Squad either from Skaggs’ mailed media announcement, or from any number of media reports on the fledgling operation.

Unfortunately for David Hartman, he failed to recognize Skaggs who had recently appeared on Good Morning America with his Fish Condos, condominiums for upwardly mobile guppies.

But viewers did not. ABC got calls from people who recognized Joey Skaggs, telling them they’d been fooled, including a writer for the New York Post which prompted a GMA producer to call Skaggs. The next day David Hartman apologized to his viewing audience explaining that GMA, along with many other reputable news agencies, had been had. 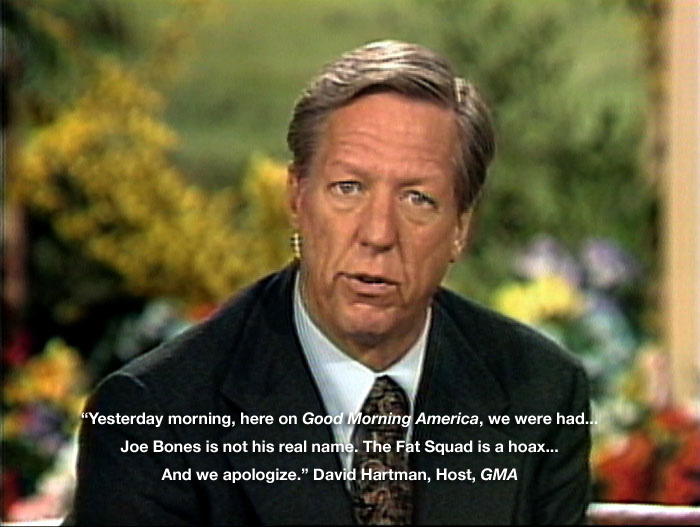