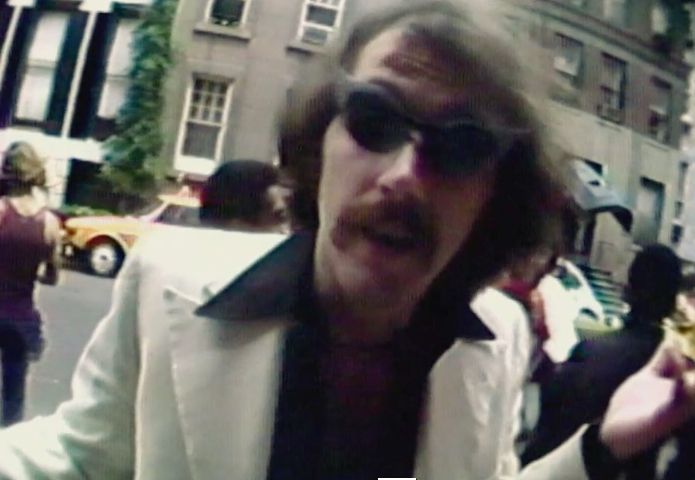 Joey Skaggs shrugged off camera crews who came to see his 1976 “celebrity sperm auction,” but were left wanting after a supposed burglar made off with the goods. In reality, no such high-profile sperm had ever existed. Photo by Art of the Prank

It feels a bit counterintuitive to be writing, in the media, about media hoaxer Joey Skaggs. Skaggs, who was interviewed this past week by the Observer, has made a name for himself since the 1960s through elaborate pranks that aim to highlight the absurdity of our media culture. So how’s a writer to know he’s not being punk’d by a man who describes fooling the media “as easy as a bowel movement”?

A new documentary detailing the greatest hits of Skagg’s hoaxing career opened up the Lower East Side Film Festival on Thursday night. Art of the Prank, directed by Italian newcomer Andrea Marini, is both an upbeat summary of decades of mischief (a confession booth on the back of a tricycle, a brothel for dogs, cockroaches that hold the key to the human immune system, each one eagerly lapped up by hasty news outlets), and an intimate portrait of an earnest man earnestly engaged in the business of tomfoolery.

For all his public silliness, Skaggs takes his work seriously indeed. Looking like a cross between Lou Reed and a rabbi, and with the colorful language of the former, he opens up to Marini about his philosophy as an artist. Everything’s intentional – his pranks are thoughtfully conceived, meticulously planned, and then, when it comes time to execute, almost completely winged. (“It was really like Second City,” says co-conspirator Sara Jones.) He’s intensely aware of what his pranks are doing; if they force embarrassed news outlets to interrogate their influence and maybe even consider instituting a (gasp!) better system of fact-checking, if they remind the public to always be skeptical of what they read, see, and hear – well, then consider it a prank well pulled…