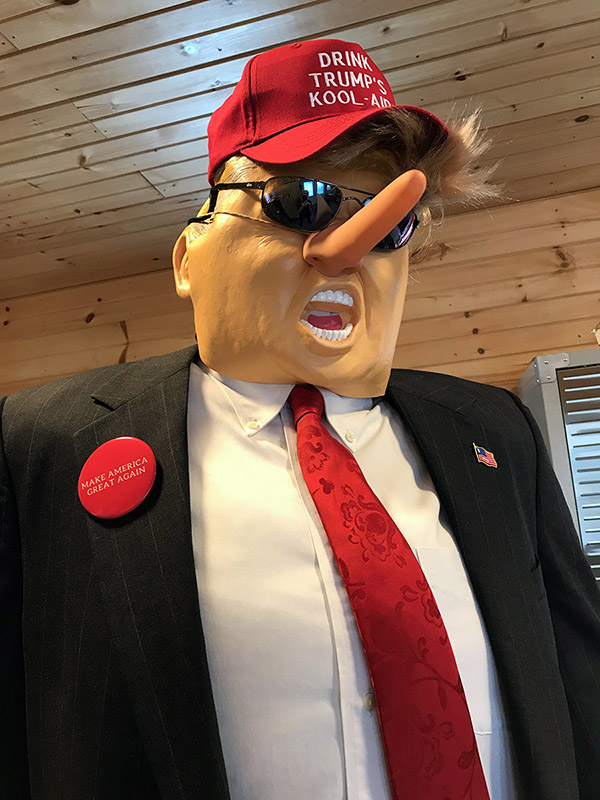 New York’s irreverent April Fools’ Day Parade returns, poking fun at the past year’s displays of hype, hypocrisy, deceit, bigotry, and downright foolishness! For the 34th year, the public is invited to bring outrageous floats and dress up in colorful costumes to reflect the folly of the nuttiest politicians, crooked corporate leaders,
silly celebrities and whoever else has proved to be a total fool in the past year. 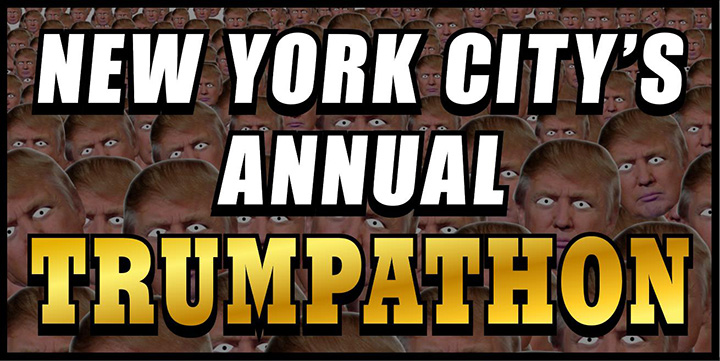 Parade begins at Fifth Ave & 59th Street and
marches down Fifth to Washington Square Park.
There will be one stop at Trump Tower, at Fifth Ave between 57th & 56th Streets
where the entire parade will toast Trump with his Kool-Aid.

Please help us spread the word! Invite friends to join the fun!

DOWNLOAD & PRINT A TRUMP MASK HERE TO WEAR TO THE PARADE