April Fools’ Day is this Friday, and we sincerely hope you don’t get taken for one.

Concern for your own dignity doesn’t, however, exclude you from enjoying the pranks played on others. We’ve culled three of our favorite gags from the annals of recent history, all orchestrated by notable New Yorkers: 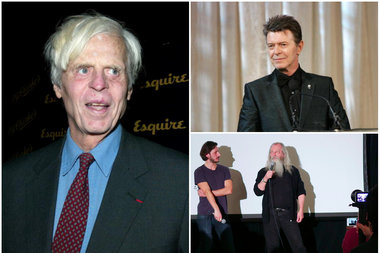 On April 1, 2000, television crews from CNN and the Fox affiliate WNYW arrived at the intersections of 59th Street and Fifth Avenue at noon, expecting to cover a non-existent parade.

Longtime media prankster Joey Skaggs had been issuing fake news releases for the non-event recognizing “the day designated to commemorate the perennial folly of mankind” since 1986.

The tradition continues this year, with an announcement of the 31st annual parade.

Read the rest of the article here.