We Are Movie Geeks Interview with Joey Skaggs

SLIFF 2016 Interview: Joey Skaggs – Subject of ART OF THE PRANK

by Tom Stockman
We Are Movie Geeks
November 2, 2016

ART OF THE PRANK screened Saturday, Nov. 5 at 5:30pm at .ZACK (3224 Locust Ave.) as part of this year’s St. Louis International Film Festival. Director Andrea Marini, producer Judy Drosd, and Joey Skaggs, the subject of the documentary, were in attendance. 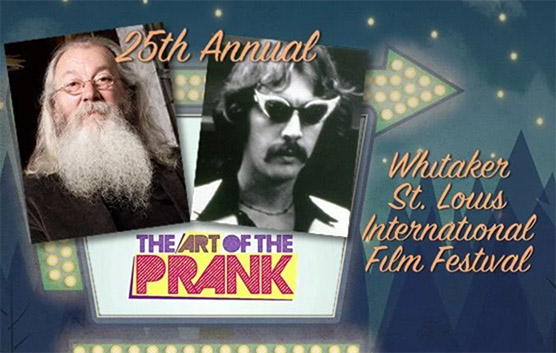 ART OF THE PRANK offers a hilarious and provocative profile of New York artist Joey Skaggs, the godfather of the media hoax. Famed for such media fictions as the Celebrity Sperm Bank, the Cathouse for Dogs, the Fat Squad, and the Portofess (a mobile confessional booth) — all reported as fact by reputable journalists — the prankster qualifies as one of America’s greatest living satirists. Chronicling the most demanding hoax of Skaggs’ career, filmmaker Andrea Marini provides privileged access to the thoughts and actions of this most unconventional man, following the evolution of an artist who has dedicated his life to seeking social change by relentlessly challenging the status quo. With unprecedented access to Skaggs and his archives, the documentary reveals the man behind the curtain, interweaving his current unfolding hoax with a look behind the scenes at some of his classic performance pieces. The New York Observer calls the film “an upbeat summary of decades of mischief” and “an intimate portrait of an earnest man earnestly engaged in the business of tomfoolery.”

Joey Skaggs took the time to talk to We Are Movie Geeks about ART OF THE PRANK. Read the interview here.