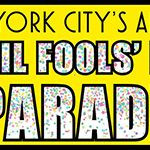 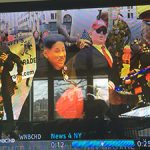 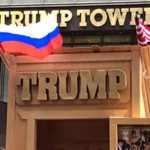 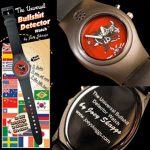 In 2006, Joey Skaggs launched the Universal Bullshit Detector Watch, a satirical wristwatch to help people make humorous social commentary any time, anywhere. With the push of a button, the watch flashes, moos and poops. It also tells time. The watch is available for sale at https://joeyskaggs.com/shop/universal-bullshit-detector-watch/. 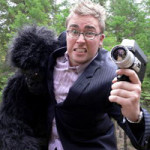 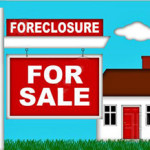 Joey Skaggs, fed up with the financial industry’s wanton disregard for the plight of millions of Americans suffering under the economic strain caused by the Great Recession of 2008, came up with a new approach to housing for people who’d lost their homes. He built a prototype for his Mobile Homeless Home and took it, with a band of homeless Muppets, to demonstrate in front of Goldman Sachs in New York.

Joey Skaggs launched “The Art of the Prank” blog on April 1, 2007. Here visitors find insights, news and discussions on everything to do with pranks, hoaxes, culture jamming and reality hacking – past, present and future – mainstream and counter culture around the world.

In February 2001, Joey Skaggs was invited to participate in an exhibition at the Espai D’Art Contemporani (EACC) in Castellon, Spain. The show, entitled “En el Lado de la Television” [In the Side of Television] was intended to explore the relationships, contradictions and paradoxes between art and the mass media. Skaggs proposed a concept dealing with terrorism, violence and the media… 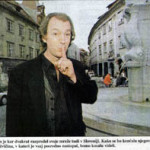 On February 22, 2001, friend and co-conspirator Miso Alkalaj sent Joey Skaggs the first of many emails about a news story unfolding in Slovenia. A young law student had announced that he, representing all of Europe, had won first prize in a world competition in computer programming in Rio. Skeptics in the media became suspicious because they could not substantiate the existence of the competition, nor could they locate or talk to the student who had received government funding to enter this contest. Because Alkalaj declined to comment, they summarily decided that the whole thing was a hoax and he and Skaggs were behind it. The story gets more bizarre from there. 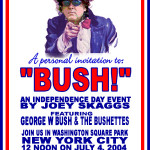 President George W. Bush, flanked by his loyal Cabinet and special friends, made a rare public spectacle of himself taking care of business in New York City’s Washington Square Park on July 4, 2004.