Movie Review: ‘Art of the Prank’ doc looks at an anti-fake news pioneer

Decades ahead of his time, Joey Skaggs started thinking about things like fake news and alternative facts — and doing something about it. His efforts are chronicled in the entertaining and enlightening documentary, “Art of the Prank,” which will be shown Jan. 29 at 7 p.m. at the New Jersey Film Festival in New Brunswick. 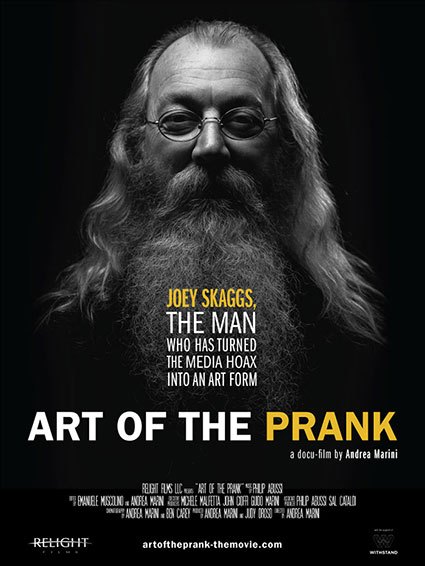 Using actors and sets, fake press releases and newspaper ads, Skaggs has sold legitimate news organizations — everyone from CNN to the Wall Street Journal — on the reality of phenomena such as a brothel for dogs, cockroaches as health food, a mobile confessional booth used at a political convention, and a sperm bank auctioning celebrity DNA to the highest bidder. The clips of him being interviewed on actual news shows — and, sometimes, the reporters remorsefully apologizing after they realize they’ve been pranked — are priceless…

Art of the Prank – Teaser Trailer from Relight Films.