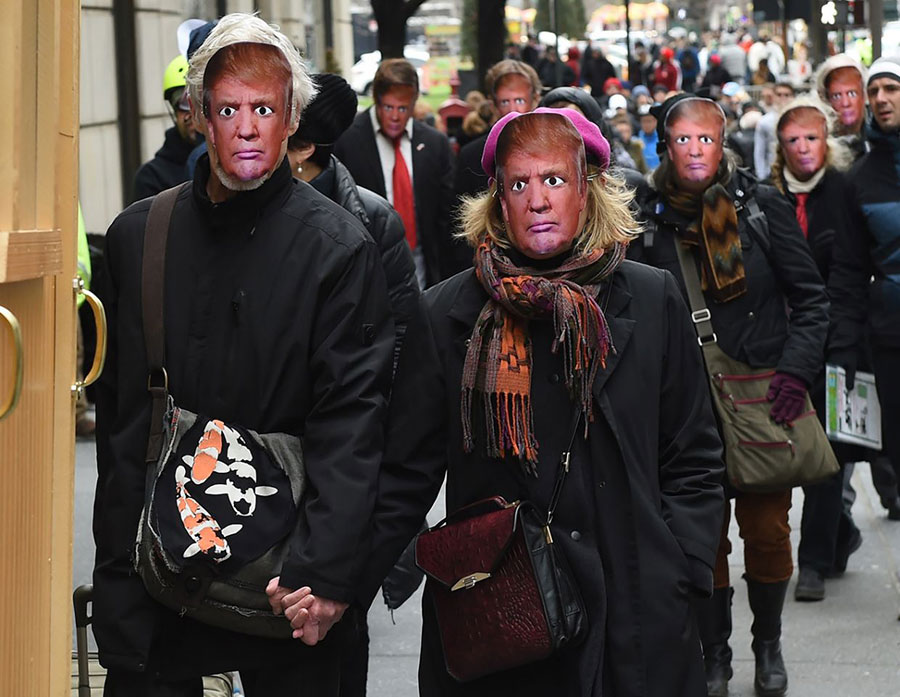 Wearing Donald Trump masks and marching behind a life-sized doll of the president sitting on a toilet, dozens of people took part Saturday in a wry April Fool’s Day march in New York.

The parade is in its 32nd year but the 2017 edition brought a new surprise: it actually happened.

Organizer Joey Skaggs, an American prankster, has for decades annually hyped an April Fool’s Day parade to lure media to the procession, but until now it has been but a hoax.

“This year was very special, we couldn’t let it pass without doing something, which is why we’re here,” 55-year-old Judy told AFP, declining to give her last name but saying she helped organize the parade.

“We need to take every opportunity we have to show our feelings about the fool in the White House,” she said, sporting a Trump mask.

Past phantom events have fooled an array of major US outlets.

Marchers, many wearing masks of the real estate mogul-turned-president, walked behind a rolling outhouse in which a large Trump doll sat on the toilet.

An effort to set a world’s record for the largest collection of Trump look-alikes may have fallen a bit short, but onlookers seemed to enjoy it.

The parade began in front of Central Park on Fifth Avenue and ended before Trump Tower, where the president’s wife Melania and young son Barron are still living.

New York, one of the most diverse and politically liberal cities in the country, has been the scene of dozens of protests against Trump since his stunning election victory over Hillary Clinton in November.