Join us and speak truth to power as we poke fun at
the past year’s most outrageous fools!

The parade will begin at Fifth Ave & 59th Street and
will march down Fifth to Washington Square Park.

There will be one stop at Trump Tower (5th Ave. between 57th and 56th St.)
where the entire parade will toast Trump with his Kool-Aid.

The theme of this year’s parade is “Liar, Liar, Pants on Fire!”

Celebrated also will be the 3rd Annual Trumpathon, continuing the ritual of amassing the world’s largest gathering of masked Trump look-alikes.

The parade’s Grand Marshall is again President Donald Trump,
who will be wearing flaming pants and pushing his Trump Kool-Aid Cart
as seen in front of the White House last October. 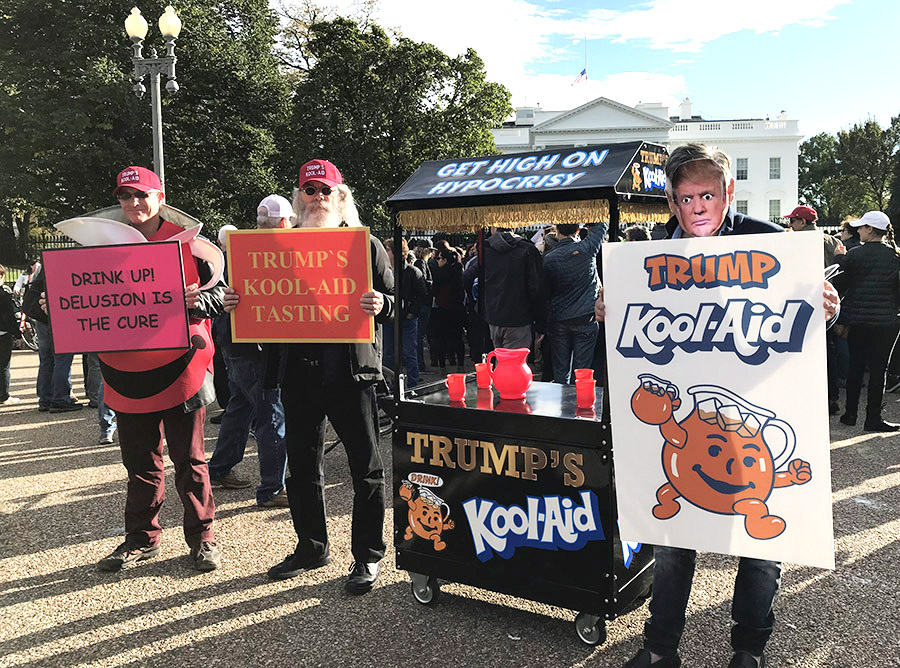 Trump will be leading the “Imagine This” Marching Band which will be playing
“Gimme Some Truth” by John Lennon.

Chased by a mob of fact-checkers screaming, “Liar, liar, pants on fire!”, Trump will
steer the parade to Trump Tower on Fifth Avenue where the crowd of Trump
look-alikes will toast his greatness while drinking his Kool-Aid.

The public is encouraged to participate, in or out of costume, with or without floats.
Our satire knows no bounds.

Please tweet @artoftheprank and invite your friends
to join you at this spectacular event!