New York’s irreverent April Fools’ Day Parade, poking fun at the past year’s displays of hype, hypocrisy, deceit, bigotry, and downright foolishness, is not cancelled! But, for the first time in the 35-year history, the parade will be conceptual. Stay home, stay healthy, flatten the curve and survive! And join us in imagining and designing your own floats and voting for the King of Fools. Use #aprilfoolsdayparade and tag us on Facebook, Twitter & Instagram.

For the 35th year, outrageous floats and colorful costumes reflect the folly of the nuttiest politicians, crooked corporate leaders, silly celebrities and whoever else has proved to be a total fool in the past year. The public is encouraged to envision themselves, in or out of costume, with or without floats. Floats should be no wider than 10’ and no longer than 30’. They can be self-propelled, towed, pushed or pulled. Customized bicycles, tricycles, baby carriages and helium balloons are welcome. The Parade Committee assumes no liability for damages caused by satire. 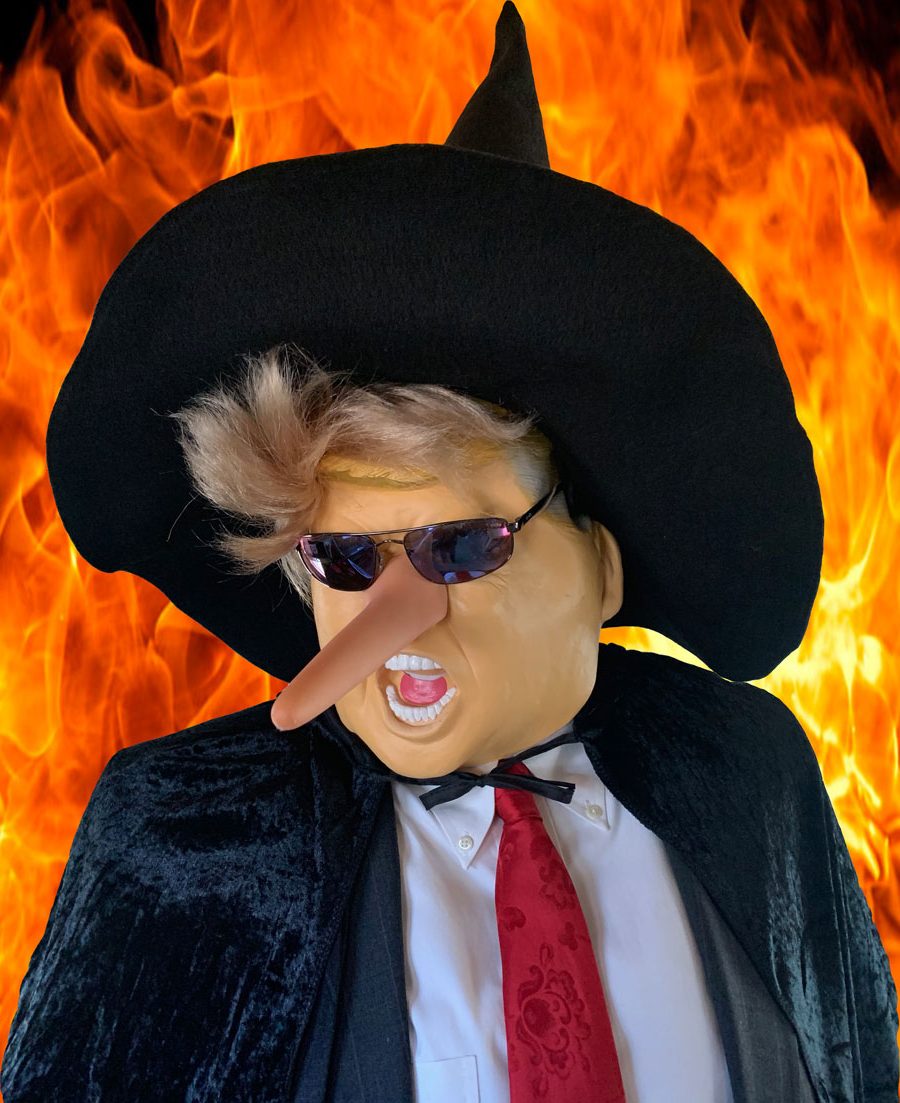 The theme this year is “WITCH HUNT!”. The parade’s Grand Marshall is again President Donald Trump, wearing a witch’s cape and hat, and riding a witch’s broom. Chased by a mob of whistleblowers, Trump will be screaming “Witch Hunt!!!” as he attempts to outrun the crowd. The public is invited to bring whistles and join the stampede.

Says organizer Joey Skaggs, “With this parade, we are starting a Whistleblowers Campaign. Blow your whistle at every Trump encounter! Let’s vote for change in 2020. We need new fools to make fun of.”

To honor this year’s biggest catastrophe–a shortage of toilet paper–we’re adding the Hi-Jacked Tractor Trailer Loaded with Stolen Toilet Paper float. TP will be tossed out to the crowd.

Read the full description of all of the great parade floats and the imaginary after-party in Washington Square Park here: joeyskaggs.com/april-fools-day-parade-press-release.

WHAT:
The New York April Fools’ Day Parade was created in 1986 to remedy a glaring omission in the long list of New York’s ethnic and holiday parades. These events fail to recognize the importance of April 1st, the day designated to commemorate the folly of mankind. In an attempt to bridge this gap and bring people back in touch with their inherent foolishness, the parade annually crowns a King or Queen of Fools from parading look-alikes.

WHY:
Vacation attractions are closed. Cruise ships are petri dishes. Bars and restaurants are shuttered. Everyone’s stuck inside and for most, there’s no escape. But, there’s no shortage of fools this year, so the parade will go on in our minds. It’s a Mardi Gras fantasy for the quarantined.

WHEN/WHERE:
Imagine it on Wednesday, April 1, 12 Noon to 3 PM starting at 5th Ave. & 59th St. and marching down to Washington Square Park.