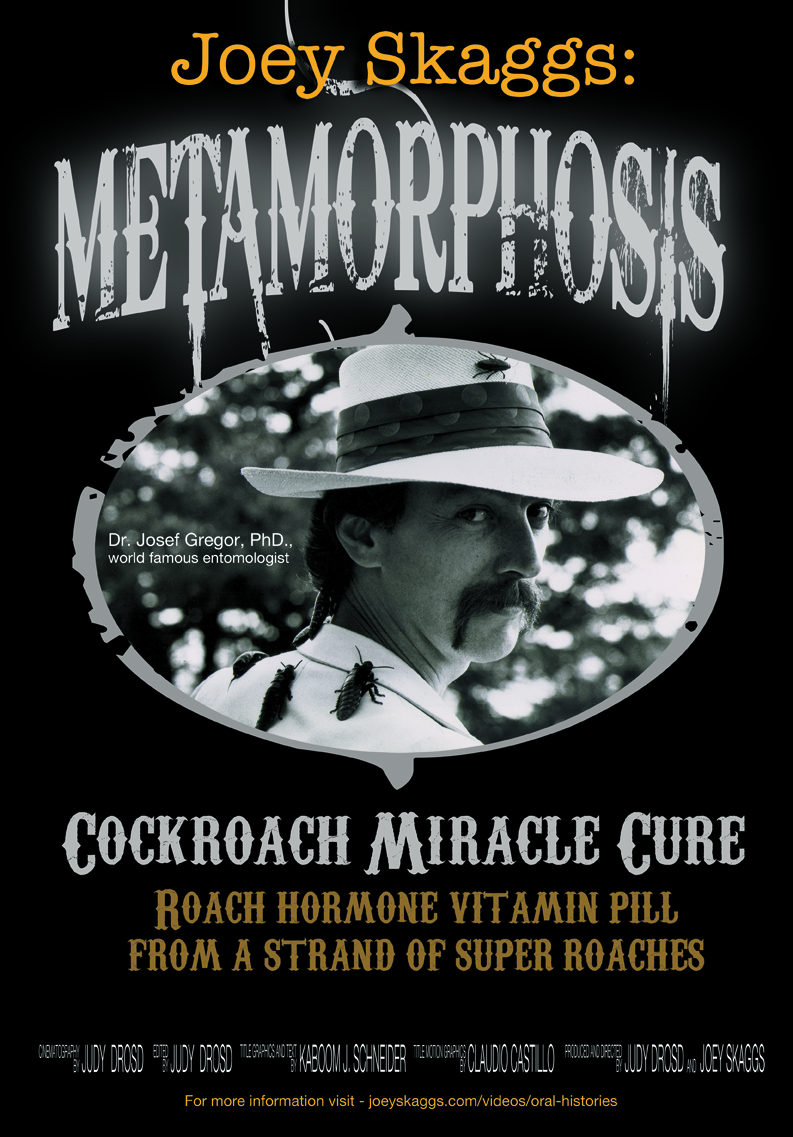 In 2022, when COVID-19 struck and everyone was isolated at home, Joey began production on an oral history film series called “Joey Skaggs Satire and Art Activism, 1960s to the Present and Beyond”. He saw it as a way to utilize the vast archive of documentation he has been preserving since the 1960s about his work. Over the course of a few weeks, Joey sat in the dining room window and filmed 40+ stories covering 50+ years of work. The first five films are now edited and have been screening in film festivals. The sixth and most recent film, “Joey Skaggs: Metamorphosis, Cockroach Miracle Cure”, is premiering at the New Jersey International Film Festival on September 30, 2022 both in theater and online. Ticket info is here: https://bit.ly/eventive-cockroach.

This is a poignant and hilarious documentary about a legendary media hoax that grappled with the irresponsibility of the mass media as well as the public’s gullibility–two issues of American life that are just as urgent today as they were then. It features students from Joey’s 1981 classes at the School of Visual Arts, where he taught Media Communications and Media Activism, plus colleagues and friends.