“MASK UP. HELP STOP THE SPREAD OF PUTIN!”

The 37th Annual New York April Fools’ Day Parade goes worldwide and kicks off early with a call to everyone to activate everywhere.

This year, New York’s beloved annual April Fools’ Day Parade, which pokes fun at outrageous displays of dishonesty, greed, hypocrisy, deceit, and bigotry, is going global. For the past 36 years, the public has been invited to create outrageous floats and dress up as look-alikes in colorful costumes to reflect the folly of duplicitous politicians, crooked corporate leaders, superficial celebrities, and whoever else has proven to be a total fool in the past year. The parade, which has always been a protest against war, corruption, propaganda and deceit, has marched down 5th Avenue from 59th Street to Washington Square Park for the crowning of the King of Fools.

This past year has provided no shortage of fools to choose from, but nothing can top the most egregious, corrupt, exploitive, vile and horrific actions of Russian President Vladimir Putin. The theme of the 2022 parade is “MASK UP. HELP STOP THE SPREAD OF PUTIN!” and we’re not waiting for Friday, April 1st, to start the parade. People everywhere are encouraged to activate IMMEDIATELY.

We stand with the people of Ukraine and with Russians who oppose Putin’s despotic aggression. To help make their voices heard, we’re offering these Putin masks to download, share, print, wear, and put in public places everywhere.

Individual masks and instructions for use are here. 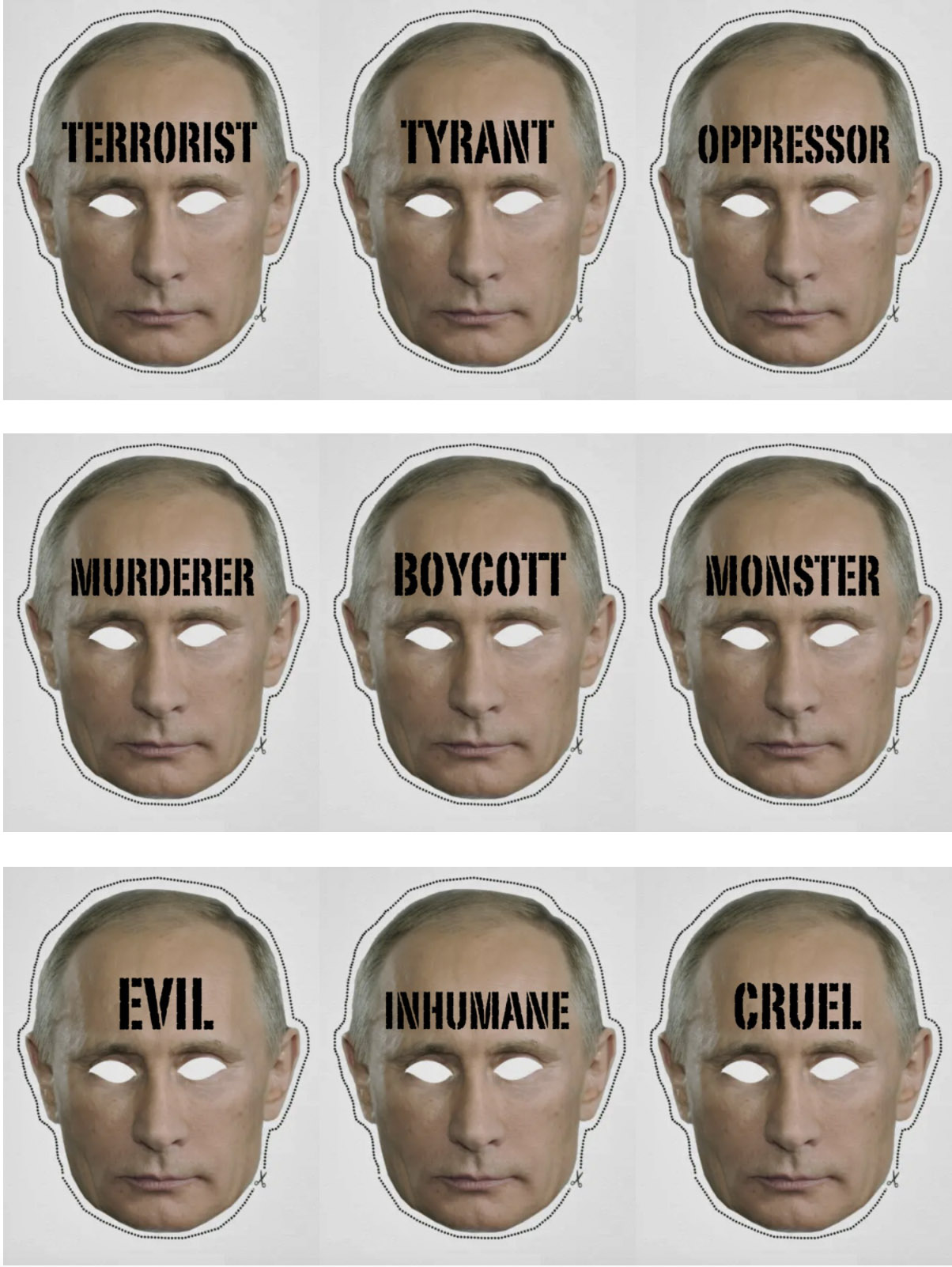 Says Parade organizer Joey Skaggs, “Use your freedom to express yourself. Silence is consent.”